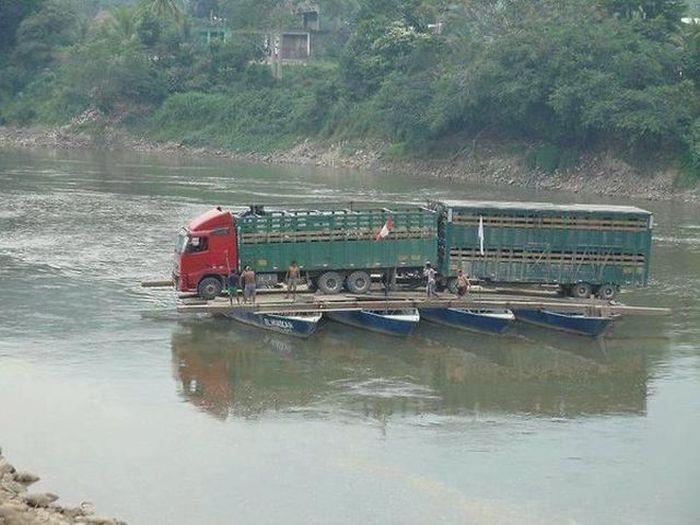 Africa is undergoing a wind of change not only in governance but especially in Technological advancements.  The youths have decided to stand up for their rights to enjoy the potential of their continent by bringing out all the best of their intellect to solve real life societal problems. Check out this list and be proud of mother Africa

3D printing is gaining traction in Africa. In 2013, WoeLabs tech hub in Togo made the first “Made in Africa” 3D printer from e-waste. They want to use the 3D printer to revolutionize Africa. They’re starting by putting a machine in every school within 1km of the workshop. Buni Hub is another tech center, based in Tanzania, that is building 3D printers. WoeLab

Pneumonia is a deadly condition. It’s responsible for 16% of all deaths of children under five. A main contributing factor to this is slow diagnosis. Ugandan inventor Brian Turyabagye has created a biomedical smart jacket that can diagnose the condition four times faster than a doctor. It’s also more accurate. It analyzes the chest and then sends the information via Bluetooth to a smartphone app.

African countries are developing groundbreaking technology for space exploration. Look no further than the Square Kilometer Array (SKA) in South Africa which, once completed, is set to be world’s largest telescope. It will allow scientists to look many times deeper into space.

VR has the potential to change many industries. One example is mining, a profession which has its dangers and risks. In an effort to create a safe yet accurate training environment, a team at the University of Pretoria, South Africa have a created the continent’s first VR mine.

Made in Africa’ cars

Made in Africa’ cars are on the rise. Mobius Motors, pictured above, are a Kenyan based car company who are releasing the second model of their stripped-down, cost-effective but luxury SUV built for rough terrains. They aim to sell the car to the African mass market, and anywhere else in the world with poor quality roads.

Nigerian inventor, Osh Agabi, has created a device that fuses live neurons from mice stem cells into a silicon chip — for the first time. The device can be used to detect explosives and cancer cells.

Cameroonian entrepreneur, Arthur Zang, has invented a touch-screen heart monitoring device that records, and then sends heart activity to a national healthcare center for evaluation. It could have hugely positive potential for rural populations far from hospitals

In Kinshasa, the capital of the Democratic Republic of Congo, traffic is a huge issue — like in many of the world’s megacities. Drivers spend hours stuck in traffic jams. A team of Congolese engineers, based at the Kinshasa Higher Institute of Applied Technique, have created human-like robots to help tackle problem.

The machines are equipped with four cameras that allow them to record traffic flow. The information is then transmitted to a center where it can be analyzed, and then used to direct traffic.

According to the International Energy Agency over 600 million people in sub-Saharan Africa do not have access to electricity. Off Grid Electric, an African startup backed by Elon Musk’s Solar City, is looking to solve this by initiating the rapid supply of solar panels across Africa. They charge $7 a month for the system. It already powers 125,000 households. Could this be a big step forward for the 1.3 billion people globally who lack access to electricity?

One of the best African growing startups. Njorku from Cameroon is a  job search engine and aggregator that helps thousands of African job-seekers find employment opportunities in locations nearest to them. It’s something like Google, but exclusively for African job seekers.

Three developers from Kenya, Marvin Makau, Edwin Inganji and Kenneth Gachukia, have created a panic button app that sends a distress signal with the shake of a phone. The app, Usalama, works by connecting people with emergency service providers, and sends their exact location when they shake their phone three times. It also alerts a next of kin and every other Usalama users within 200 meters. They’re looking to expand their technology beyond the continent and help make people safer

An app from South Africa, allows volunteers to remotely assist blind people. The app uses an algorithm to connect the right people, those similar in age and physical location.

Where the rest of the world has lagged behind, Africa has led the way with mobile payments. M-Pesa is the most popular service and has 30 million users in 10 countries. Since it was first introduced 10 years ago, M-Pesa has inspired a range of similar services around the world and has helped reduce barriers to finance.

Read more about African Innovation that could change the world 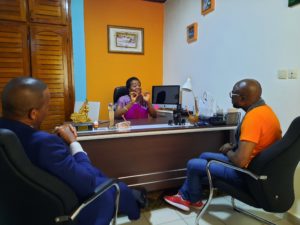 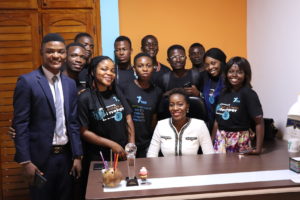 Dr Philippe Gervais followed me to Cameroon to meet some young smart Africans. 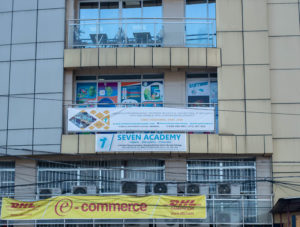 Life on campus at Seven Advanced Academy in Douala